How Do Himalayan Salt Lamps Affect Your Health?

Himalayan salt lamps have become increasingly popular in the home for health, spiritual, and mental benefits. But how do salt lamps work? Most people have no idea the technicalities behind the salt lamps sold on the market today and, unfortunately, this leads some people to purchase low quality or faux products. Before you buy a salt lamp, learn a bit about how real salt lamps really work.

It all starts with ions. Learning about how negative ions are created from salt lamps may sound intimidating, but once you understand the basic concept, it’s actually not hard to separate the phonies from the real deal. The ground-level idea behind Himalayan salt lamps is that the air around us is electrically charged. The particles in the air are called “ions”. Ions can be either negatively or positively charged. In our natural environment, all living and non-living things change the quality of the electricity in the air.

However, electronic, cars, air conditioners, and other luxuries of our modern world actually output more positive ions (bad Ions). Tobacco, smog from factories, cell phones, and heaters are just a few of the other things that output a large percentage of these bad ions. This creates an imbalance within nature. Scientists have found that rock salt crystals are actually one of the best natural emitters of negative ions in the world. That means that a rock salt lamp can help to equalize the positive ions in your house, especially in home offices, television rooms, and kitchens.

What does negatively-charged air smell and feel like? Well, if you’ve ever been outside after a lightning storm, in the mountains near waterfalls and away from cities, or at the beach, you may have gotten a sense of just how salt lamps can work in your life. The air is refreshing, easy to believe, and healthy. Most people also associate these negatively-charged air situations with calmness, peace, and relaxation. A Himalayan salt lamp can do the same thing in your own home. Naturally in these health places, there are about 4000 negative ions in a cubic centimeter of air. However, in a city during rush our, that number drops to more like 100 negative ions per cubic centimeter. You can see how this big difference really can affect the body.

If you’re feeling generally unhealthy, consider a salt lamp. Allergies, asthma, and other breathing problems can especially be improved by using just a single salt lamp in your home. The negative ions of the salt lamp help to clear the air of pollen, dust, smoke, pet dander, odors, mold, dust mites, and other forms of pollution. You can get a negative ion machine to do this job, but frankly, a Himalayan Salt Lamp looks much classier in a home décor setting.

Of course, when you purchase a Himalayan Salt Lamps, makes sure that you are getting the real deal. One common rock salt lamp hoax is to use other materials that simply look the same as the rock salt. While these items may still be beautiful, they are not effective. Get what you pay for by always working with a company that provides great rock salt items from genuine sources. 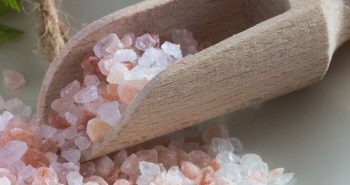 Himalayan Salt Crystal formed 250 million years ago, Rich with 84 Elements & Nutrients that make up the Human Body. Soaking in our Himalayan Salt bath is a great way 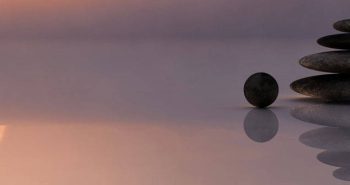 Health Benefits of Infrared Saunas with our Himalayan Salt Bricks 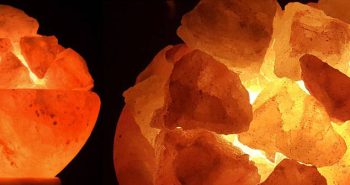 SpiritualQuest Does Many Trade Shows. If you have been to our booths you may have heard us talk about the Abundance Bowl Meditation. 1. First, one must be open to

GET A QUOTE FOR A CUSTOM SALT WALL